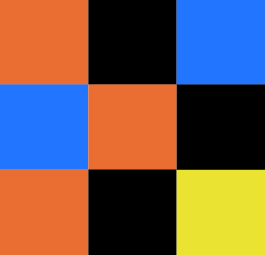 “Through the interdisciplinary combination of knitting, embroidery, walking, relationship building with rivers, singing, dreaming, performance and video editing, this work images into being metaphysical time travel in which tikkun (healing) across multiple time frames and spaces is possible, while considering what kind of stories are worth transmitting to the next generation. Using textiles, embroidery patterns and knitting as text, these pieces tell stories about birth, death, exile, diaspora, motherhood, and the creation of personal rituals to recover from ancestral trauma, colonial violence, patriarchal narratives, and disembodiment. ”

Julie Gladstone is a Canadian Interdisciplinary artist well known for her abstract painting and installations, while also working in drawing, photography, sculpture, knitting, embroidery, textiles, music, performance and DIY video work.  Her practice involves collecting contemporary artefacts, creating altars, amulets, spiritual couture and garments for rites of passage around motherhood, and inventing contemporary ceremonies for healing. Gladstone will receive her MFA in the Interdisciplinary Studio program at OCAD University in 2022. She is the recipient of an Ontario Graduate Scholarship, and the Dean's Scholarship for her research.  She also holds a BFA with a major in painting and drawing and a minor in film studies from Concordia University, in Montreal. Gladstone has participated in artist residencies at SIM Residency in Iceland and Artscape Gibraltar point on Toronto Island and has lived in Haida Gwaii where she volunteered at the Haida Heritage Centre.  Her work has been supported by the Toronto and Ontario Arts Councils, the Government of Quebec, Artscape, and the City of Edmonton. Gladstone’s work has been featured by CBC Arts, Toronto Guardian, Toronto Life and the Canadian Jewish News.  Her first International solo exhibition was produced with the support of the Judío David Melul Museum, in Béjar Spain in the summer of 2019 in the village from which her ancestors were exiled 500 years earlier. This was followed by a solo exhibition entitled Return to the Fortress at the Museum of Jewish Montreal and an accompanying artist book of the same title.  Gladstone’s interdisciplinary practice bridges contemporary art with her background in holistic healing, alchemical acupuncture, five elements yoga and Reiki to contemplate the role of arts based research in healing. Her embroidery work re-interprets and adapts Jewish ceremonial items, Sephardic iconography, and imagery from the Kabbalah Tree of Life to innovate contemporary forms of Jewish textiles from a feminist lens. By tapping into the hidden mystical, embodied, and shamanic roots of Judaism, these pieces consider the concept of Tikkun Olam as the basis for healing and story telling through the creation of contemporary magical textiles. Her practice also aims to reconsider and re-conceptualize the meaning of homeland in an era of displacement, climate change and the disconnection from ones culture and land that comes from a diaspora heritage; from one of patriation, to one of relationality.

We Are Here Now 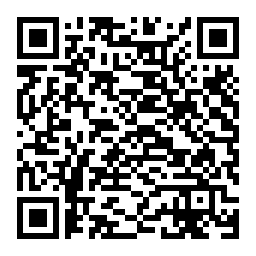 The artist/designer has identified that you are about to see work that may be troubling to some.

View all works by this Artist